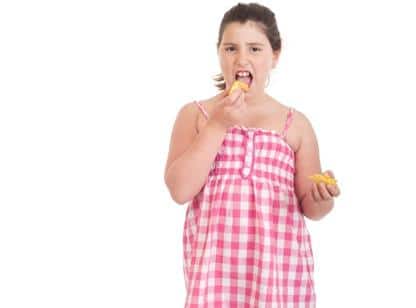 With drastic changes in lifestyle and eating patterns, obesity in children has become a serious medical problem and needs to be addressed quickly and effectively. However managing obesity in children is a herculean task for parents. Cases of childhood obesity are on the rise these days and there are enough reasons, which contribute to the growing numbers. Here are tips you can use to tackle childhood obesity.

A mother’s lifestyle and diet even before conception can affect the chance of her kids becoming obese later in life, a study has confirmed. ‘Our findings suggest that interventions to prevent obesity need to start earlier, even before conception, and that having a healthy body weight and not smoking at this time could be key,’ said lead researcher Sian Robinson from University of Southampton in Britain. (Read: Prevent childhood obesity by eating meals together)

For the study, the researchers looked at five early life obesity risk factors, a short duration of breastfeeding (less than one month) and four maternal factors during pregnancy – obesity, excess pregnancy weight gain, smoking, and low vitamin D status. At age four, children with four or five of these factors were four times more likely to be overweight or obese than children who had experienced none, and fat mass was, on an average, 19 percent higher. (Read: Is skipping meals making your child obese?)

By age six, the risk increased and these children were 4.65 times more likely to be overweight or obese and fat mass was 47 percent higher. Importantly, these differences were not explained by other factors, such as the children’s quality of diet or physical activity levels. The data analysed came from 991 children taking part in the Southampton Women’s Survey – one of the largest studies of mothers recruited before pregnancy, along with their infants and children. The study appeared in The American Journal of Clinical Nutrition. (Read: Revealed — how to curb childhood obesity!)

With inputs from: IANS